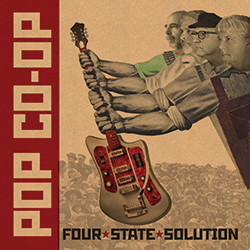 I'm still wasting my time, looking at the life lines
that are creasing my hands, they don't reveal your plans
I want to reach out and stop the things that are drifting through your
Head like vapor, and thin as paper

Time gone - and you're still singing the
Same song, the band has left but you're still on -
You won't leave the stage and the rage is like blood on your lips

I paid my fare I'm driving you out of my mind
I've had my share Your sympathy card has been declined
I'll come for just like before
It's a bad idea, but I've got plenty more

You're alone now at the brink, and it's closer than you think
And we've both been here before in this private little war
I can't make you understand while you're reaching for my hand
I've already given up

I won't be the one to pull you from the line of fire
You won't have me to free you from the razor wire
If I don't leave you in my past
It's a bad idea, it might be my last

A Trick of the Light